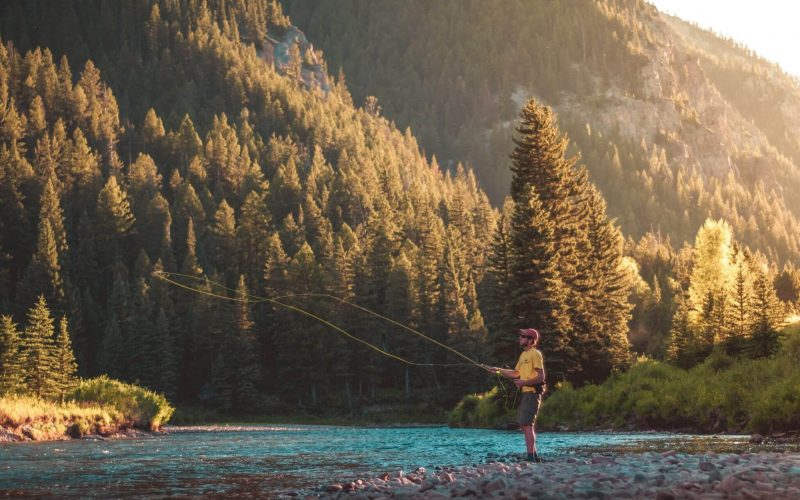 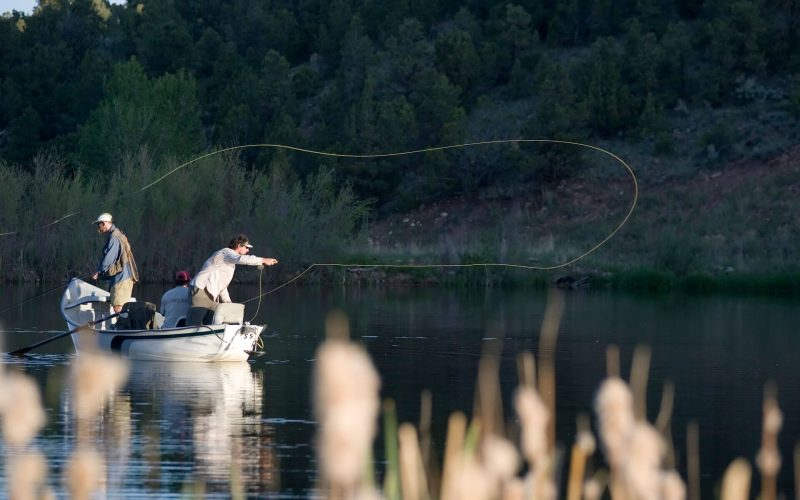 Angling is a major reason many visitors come to the Yellowstone each year.Since its creation in 1872, the park has attracted anglers. The park contains hundreds of miles of accessible, high-quality rivers with wild trout populations – over 200 fishable creeks, streams and rivers. There are 45 fishable lakes and several large lakes are easily accessible to visitors.Additionally, the park’s remote sections provide anglers ample opportunity to visit rivers, streams, creeks and lakes that receive little angling pressure.Nearly all the park’s waters are restricted to artificial lures and fly fishing, including the Madison, Firehole and a section of the Gibbon rivers.

The park’s fishing season runs from the Saturday in May associated with Memorial Day to the first Sunday in November each year. The National Park Service regulates angling in the park and classifies different fish available to the angler as either native or non-native species. Any native species – cutthroat trout, grayling and whitefish – caught must be immediately released unharmed. Non-natives – rainbow, brown, brook and lake trout have different bag limits depending on the waters fished. Some non-natives are also subject to catch and release regulations and all lake trout caught in Yellowstone Lake or river must be killed.All hooks used in the park must be barbless or have their barbs pinched down. Many specific waters or sections of waters are closed either permanently for either safety reasons, wildlife management or to protect thermal features. The National Park Service may also enact emergency closures and restrictions because of low water, high temperatures or fires.

Anglers should always be familiar with the most current regulations, restrictions and closures. A Yellowstone National Park fishing permit is required to fish in the park. State licenses are not required.

Angling supplies are available in the park’s concession stores and in the towns associated with major entrances to the park.

Many well-known angling authors have written about their experiences in Yellowstone National Park, using Yellowstone as a backdrop for their angling stories, adventures and technical work.

Ray Bergman, of Outdoor Life magazine, was a fan of the Firehole River. In 1952 he wrote:

…Then came an experience that was new to me. By this time I had reached within casting distance of a sizable boiling spring and could see its waters mingling with those of the stream. Close to the wrinkle caused by the meeting of the hot spring and the cold water I saw a trout rise. It was only a dimple, but from the suction I thought it was a good fish. Conditions couldn’t have been better for the float of the fly. When the little Royal dropped to the water it drifted along in a lifelike manner until it reached the place where I had seen the dimple, and then it disappeared. I raised the rod and was fast to what felt like the best fish of the day. The hook went home, and some minutes later I had the satisfaction of having him take my picture as I held up the seventeen-incher with white steam of the boiling spring for a background. It wasn’t the best fish of the day, but it was the first time I had ever taken a trout where I could have boiled it within a few feet.

Charles Brooks immortalized the Madison River in his 1979 book The Living River:
One cannot own a river or even part of it, except in one’s heart. But if affection, pride, knowledge, and experience for and about a river counts for anything, the part of the Madison River in Yellowstone Park belongs to me. It also belongs to millions of other Americans, but few know and love it as I do.